I have been using 2.25oz of Italian nickel plated BB in 10ga shotguns since around 1981. After reading Gerry Blair's comments on BB and the 10ga I purchased a Rem. SP10 and never looked back. In 96 i purchased my 1st Browning Gold 10ga. I kill/killed around 40 to 45 coyotes a year with that 2.25oz load. I only recall having one coyote stagger off. That was a 50yd+ butt shot(Texas Heart Shot). Never did catch up to him/her. Should not have taken the shot.

With TSS appearing on the scene I have stopped using the BB load. All my 10gauge coyote loads are now 2oz of #4TSS. I have 60rounds of that left to use up. Then I will probably go to #2TSS and perhaps up my load to either 2.25oz or 2.5oz TSS. Strictly to up my pellet count. As I normally call in heavy cover I rarely get a shot over 50yds. The #4TSS has been doing fine.

I think everyone agrees that the penetration ability of TSS is what sets it above Pb. Also not having pellets "wander off" due to distortion is a plus. The only negative for TSS is the cost. Even that is a question. What really is $3.00 more cost per coyote, when you add in all the other costs? Southern CA coyotes hides are worthless.

Most of the coyotes I get are worth something. $50 to $100 each, typically. So the cost isn't a big factor for me.

Have been using the #4 lately, 1-5/8 oz. Killed about a dozen coyotes with them. Only have a few shells with #4 left. The #4's are entirely serviceable. None of the shots I've taken have been too special. Have not had the 50 yard straight away shot with #4's yet. Have had a couple broadside at just over 50 yards. One standing the other running. Both bang flops.

So, over all no complaints.

I think I do prefer the extra punch of the larger pellets though. I don't know if I'll get any more #4 or not. Would like to try some #3 sometime though. 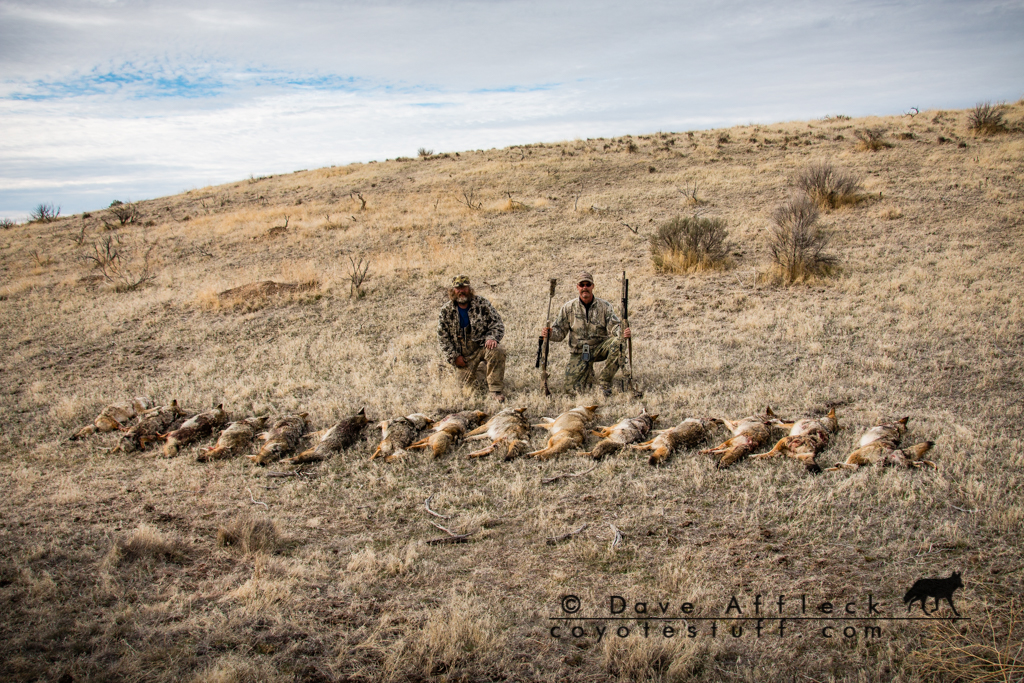 Coyotestuff.com - Coyotes, guns, 4x4's and stuff like that
Top

My plan is to order out 10lbs of #2TSS when I get back to the U.P. All my "loading stuff" for the 10ga is there. I AM paying attention to the work you are doing with #2TSS, and I thank you for sharing the info.

I did order out a new Wildlife Technologies MA MAX caller today. I believe the tweeter will really help with the sounds. The 1st WT call I got in 1997 had the tweeter. This was the one that looked like a section of 6" pic pipe and was their 1st model. I have purchased each new WT model when it came out. There is probably a medical name for this type of activity.

But I've never hunted over a better sounding machine than the backpack model WT. Man those sounded good!

Coyotestuff.com - Coyotes, guns, 4x4's and stuff like that
Top
24 posts

Users browsing this forum: No registered users and 0 guests